We Have a Problem Statement Problem 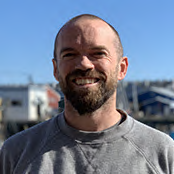 We have a problem statement problem.

The discipline of engineering requires carefully constructed problem statements before solutions are considered.

Our climate is an incredibly complex system, and is the function of interactions between many complex sub-systems. Our climate is changing in significant ways that are already having profound and detrimental impacts on the foundations of civilizations.

The common framework for defining the problem of our changing climate as:

At Running Tide, we look to the global carbon cycle for a more complete problem statement.

The carbon cycle can be divided into two systems:

A more complete Problem Statement: The carbon cycle is out of balance and pulling the climate out of the goldilocks zone

By burning fossil fuels — organic material that had been compressed by geology into the slow carbon cycle over millions of years — human beings have moved more than 1.5 trillion tons of carbon from the slow carbon cycle to the fast carbon cycle. This is perhaps the most consequential mass transfer in human history. It unlocked a highly scalable, portable, and low cost energy source that powered the Industrial Revolution and helped build the world as we know it today.

But there has been a massive global cost to unleashing that energy source. By moving 1.5 trillion tons of slow carbon mass out of long-term storage, we have unearthed a Godzilla and given it the power to warm our planet, alter weather patterns, acidify our oceans, and destroy ecosystems that are critical to supporting life.

Killing Godzilla will require that we rebalance the carbon cycle.

The fossil fuels industry is a highly efficient, multi-trillion global carbon market that moves carbon from slow to fast. To rebalance the global carbon cycle, we must build the fossil fuels industry in reverse — a highly efficient, global carbon industry that moves carbon from fast to slow. We must decarbonize the global economy by stopping the movement of carbon from the slow to fast cycle (i.e. decrease the carbon cycle deficit). We must also reverse the flow of carbon and move 10 gigatons of carbon from the fast cycle back to slow every year (i.e. draw down the large carbon debt we’ve already accumulated). We need carbon removal.

Carbon removal is a measurable attribute of a fully accounted supply chain defined as the intentional net movement of fast carbon to the slow carbon cycle.

The transfer of carbon from fast to slow is the most important mass-moving challenge of the 21st century. As the IPCC has demonstrated, we must move up to 660 gigatons of carbon from the fast cycle back to the slow cycle. At Running Tide, our bet is on the ocean. The ocean is the single largest sink of anthropogenic carbon. Moreover, the ocean’s biological carbon pump is the Earth’s most powerful carbon removal technology, naturally moving >2 billion tons of carbon from the fast to the slow cycle every year.

Put more simply, by utilizing the best of foundational science and first-principles systems engineering, we aim to use the natural power of the ocean to rebalance the carbon cycle,  re-bury Godzilla, restore ocean health, and help solve the (complete) problem.

To learn more about our ocean based carbon removal process and details, check out our whitepaper.