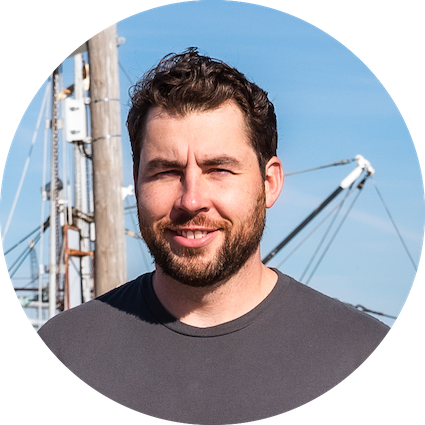 On the 11th hour, of the 11th day, of the 11th month of 1918 an agreement was signed that would eventually lead to the end of World War I. In 1919, President Woodrow Wilson named November 11th as Armistice Day to facilitate reflection on the armistice agreement and the war that preceded it, while also demonstrating pride in all who fought to achieve it. Armistice Day was celebrated with parades, public meetings, and a brief close-down of business, beginning at 11:00 AM. In 1954, Congress changed the name of the holiday to Veterans’ Day, recognizing that World War II required the largest mobilization of military forces in US history. The holiday has continued to evolve, now recognizing all military service, independent of specific periods or conflict.

At Running Tide, there are currently six of us with military experience. That experience is being applied in creative ways as our company engages in a different type of fight: The fight against climate change. We’re proud of the work our veterans have done, both prior to and after joining our company, and we look forward to other veterans eager for a new challenge also joining the team.

With Navy, Army, and Marine Corps backgrounds, and specialties including experience in the infantry, logistics, submarine, and special operations, we are tapping into the operational planning, quality assurance, and leadership capabilities developed in service. Nick Buchanan, Erik Derecktor, Jay Cox, Jason Beaudoin, Matt Sherbinksi and I are all working to leverage what we learned in our previous roles to improve the health of our oceans (among many other diverse backgrounds and talents throughout the company as well).

While the tangible skill-sets, some of which I just listed, are certainly useful in our current pursuit, the real value lies in the intangibles. Veterans are predisposed to think on a global scale, to think in terms of second and third-order effects, to have a “no fail” mentality, and to have an undeniable drive for mission accomplishment. The military places the team above the individual, which leads to collaboration by default. It cultivates the ability to truly work cross-functionally and apply all available assets in pursuit of identified objectives. When looking at the scope of problems Running Tide is facing, this mindset is invaluable.

As a company, we have capitalized on the intangibles our veterans possess by applying them throughout our entire team. The people I named above have helped to shape our culture as we go toe-to-toe with the biggest problem the world has ever seen, with implications that span from ecological destruction to jeopardizing geopolitical stability if gone unaddressed.

Running Tide will continue to expand globally, confront our planet’s largest problems head-on, and evolve. We will stay agile in order to remain relevant in emerging industries. Our veterans have become comfortable with uncertainty and operating in dynamic environments, which has allowed each to be hugely successful at Running Tide and help the company in invaluable ways.

While we are especially proud of our veterans, we are also proud of everyone outside of the company who has worked, fought, or sacrificed to position our country where it is today. We are taking advantage of the opportunities afforded by that position to accomplish a different type of mission. While our work is very different from combat, it requires support, mobilization, and a unity of efforts that all draw inspiration from military efforts throughout history.

Success in our arena of choice will require the highest level of discipline while planning and executing operations that positively intervene around the world. Our company is doing great things, but the problems are monstrous and we have a long road in front of us. If this holiday has offered you a chance to pause, and you’ve found yourself wanting a greater challenge, then consider this a call to action. Running Tide not only respects military experience, we are actively retooling it as we work to restore ocean health, rebalance the carbon cycle, and revitalize coastal communities.

We are looking to bring more military talent, or others with similar mindsets, into our company. If that appeals to you then reach out to us. Happy Veterans’ Day.

After earning a Fine Arts degree from the University of New Hampshire, Finnian commissioned as a Second Lieutenant in the Marine Corps through the Officer Candidate Course. He served his first enlistment as an Infantry Officer and his second enlistment as a Special Operations Officer. Upon exiting the Marine Corps, as a Captain, Finnian joined Running Tide as the Director of Operations in January, 2019.